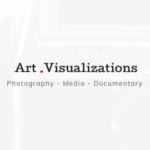 “Speaks in Clicks“ Markus is a Dutch photographer based in The Hague (The Netherlands) and Managing Partner of Art.Visualizations.For him, the art of photography is synonymous with life, embodying a never-ending journey which is manifested in his creativity and artistic vision. Capturing his scenes with only naturally available light as well as directly shot monochrome, his images hold a power in their underlying preservation of photography in its most natural and raw form. His work is comprised of two parallel lines of work. The first of these lines explores symmetry and perspective in mostly urban architecture. These works capture the beauty of the order present in oft overlooked architecture, which is then further emphasized by the monochromatism of the images, which renders all the lines of the symmetry all that much more visible. The second line in his work deals with the art of storytelling ("speaks in clicks") through images as it relates people. In these works, he deftly wields extremely dramatic lights and shadows to create gorgeously emotive scenes that can easily stir up memories or connections within a viewer. Further, there is compositional overlap between these lines, both where elements of symmetry and repetition come into the figurative works, as well as where the symmetrical architecture begins to evoke figurative forms in its contours. Last years Markus worked together with well-known photographers in various countries, his work has been featured in several magazines, international exhibitions and galleries. Recently presented at: MoCA Beijing, Artexpo New York, Agora Art Gallery New York, Passeig de Gracia Station Exhibition Barcelona, International Art Fair Shanghai, Red Dot Miami …