25th April, in history saw the beginning of the Gallipoli campaign, a date many, on whatever side, will find difficult to forget.  Not that his friends and colleagues will need reminding, the date when we said goodbye forever to that stoical, brilliant, witty man, Mark Sykes.
Those of us who followed his postings on Facebook will never be able to look at a full English breakfast again without fond memories. Mark was the kind of guy I was proud to call a friend, the sort where because of geographical implications you didn’t meet very often, but when you did it was as if you had been together in the pub the night before. As a photographer, he was second to none and gave freely of his expertise, an inspiration to us all in oh so many ways! Triumph and disaster were treated with the same sardonic grin and a large glass of some Scottish beverage. We became very strong friends after spending a week together in Moscow as guests of the Russian Photographic Association. I knew him ever since we were judges on the A&Q panel of the BIPP for many years. His talent as a photographer and humour were second to none, and it was a privilege to have known him. I still use anecdotes he gave me on professional practice for commercial photography in my lectures to students on my BA (hons) course in Falmouth University. So he is still passing on his skills to the next generation.
Mark was an excellent judge for the Federation of European Photographers Qualifications Board in Brussels. Many times these European photographers asked why Mark did not become a regular judge in Europe as he was very good at critiquing images in a positive way, which the audience in Europe found fascinating. They learnt so much from him, as did the Russians, he was such a fantastic advertising photographer who could communicate easily either to a large group or on a one to one basis.
The comment from the French Judge, Jean Charles Castel sums up what I have said, I HAD THE CHANCE OF MEETING MARK: NICE GUY, WONDERFUL WORK !! RIP MARK!!
Mark obviously made an impression on him.
Now he has gone, there is a big void in my life. I will miss his talent, his wit, his British (Yorkshire) eccentricity, and his humanity. His battle with the cancer, which took him far too soon is a lesson to us all, a middle finger raised against its stranglehold.
JIM LOWE 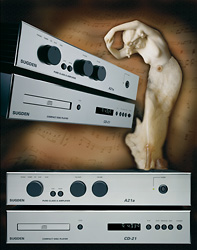