The former FEP President Andreas Barylli-Fayer and former treasurer Nikki Huts received the prestigious FEP Merit Award for their service rendered to the Federation in the past 20 years. 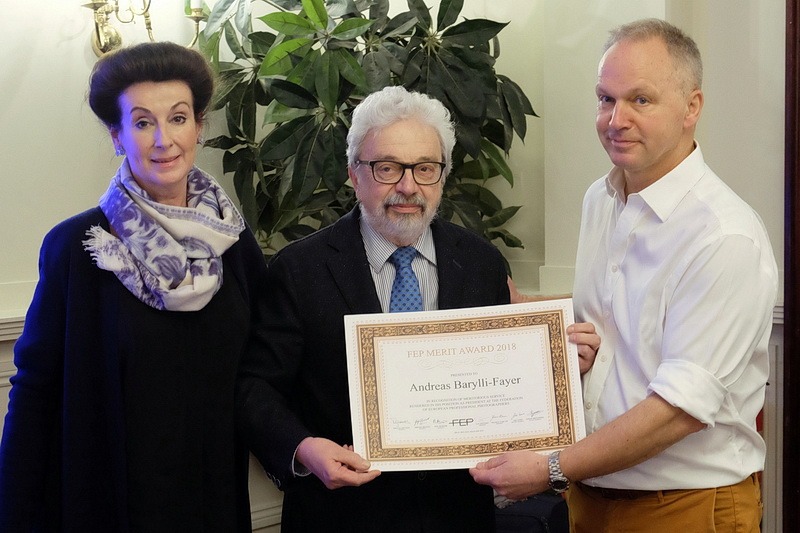