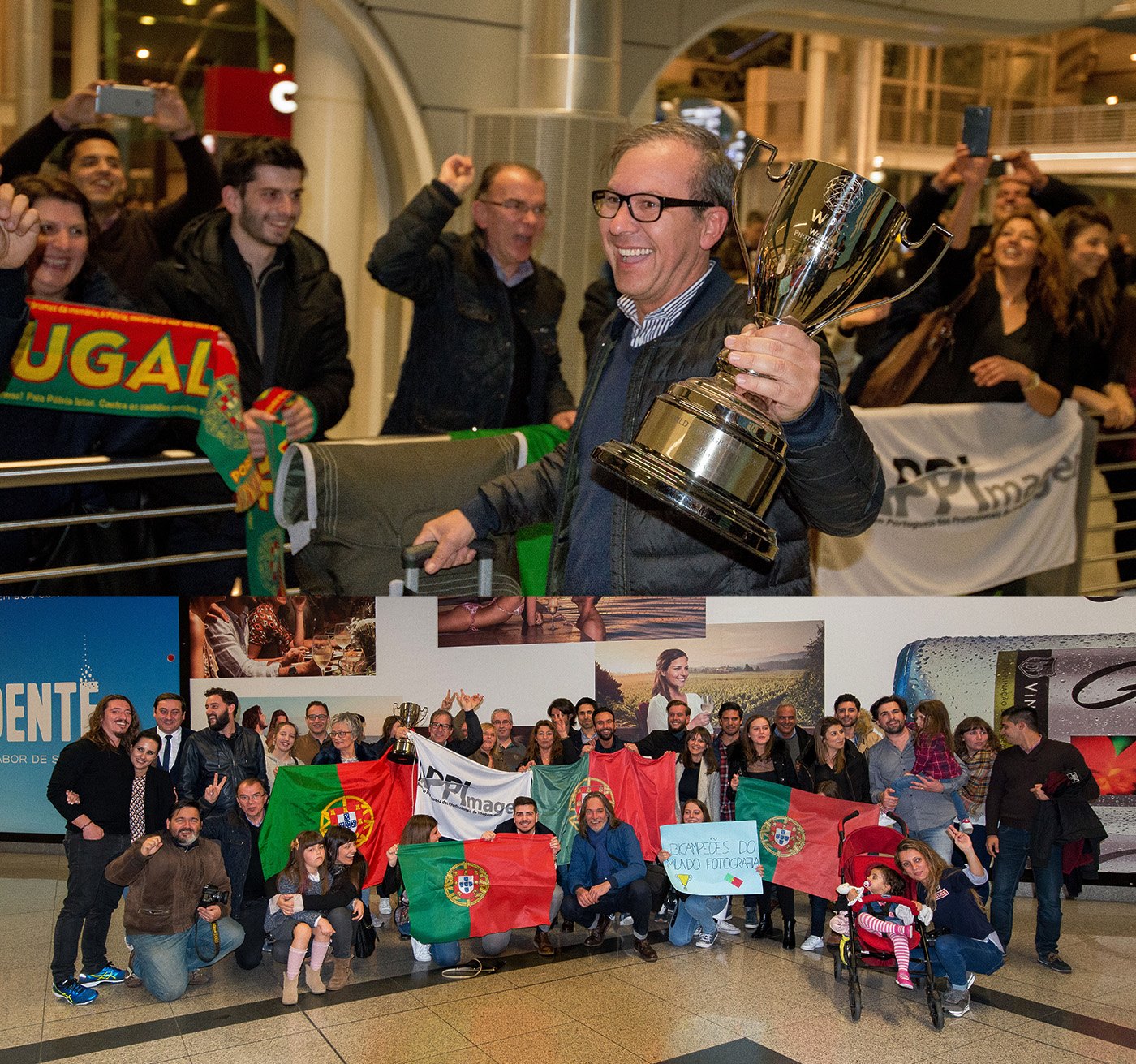 FEP congratulates Team Portugal for its second consecutive World Photographic Cup victory
The World Photographic Cup was now organized for the fourth time and its award ceremony was held in Yokohama, Japan on 23 February. This time the competition was very tight between the countries, there were even two ties within the top 10 countries so the top ten actually consisted of 11 countries.
Portugal successfully defended its victory from last year and overall World Photographic Cups 2017 edition was a good year for European teams since among the 11 top countries 8 of them were European: Portugal, Russia, Norway, Austria, Spain, UK, Germany and Slovakia.
Click HERE: you can see the video of the homecoming of the champions with Team Captain Rui Teixeira holding the Cup. It is truly the arrival of Champions!
(Thanks to Ricardo Teixeira for sharing video and pictures)
Congratulations once more to all participating teams and in particular to Team Portugal! Parabéns!