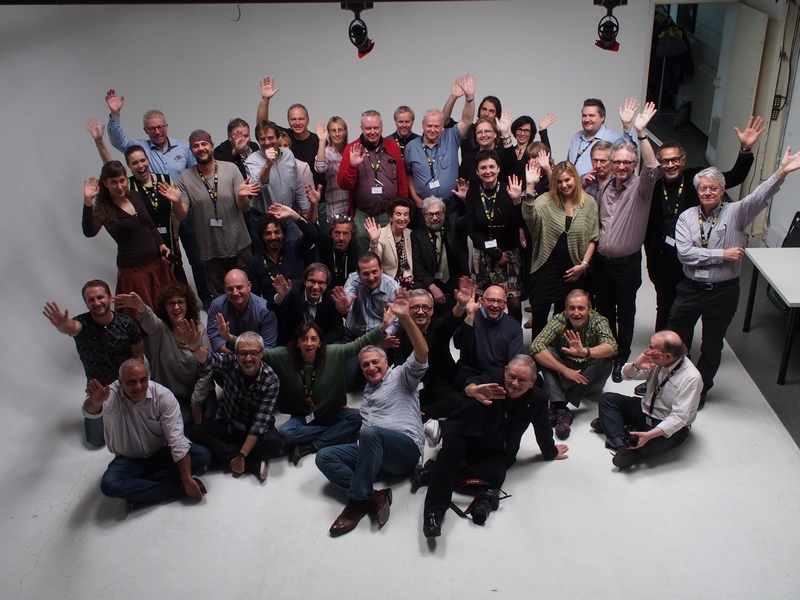 2014, FEP HIGH LIGHTS
January
World Photographic Cup, inaugural edition, presentation in Phoenix, USA.
With 16 national teams from Europe out of 22 in total, the brand new WPC, sponsored by FEP and PPA has been proven extremely successful and really interesting for a lot of FEP member associations. USA team won the Cup, but Portugal team got an amazing award with its third place out of the 22 national teams..
March
FEP is on Wikipedia! You can find it HERE
May
The IPCs Leadership Award 2014 goes to Master QEP Andy Hens
Andy Hens has been awarded with the IPC Leadership Award 2014 on May 15th at the United Nations building in New York.
June
Kyoto, Japan, UAPP meeting
The FEP attended  a general meeting of UAPP (the Federation which gathers several national Asian Professional Photographers Associations) at KYOTO, JAPAN: an occasion to have a presentation about FEP and WPC and a wonderful  opportunity to strengthen mutual  international  relationships.
QEP-MQEP  Session and Board Meeting in Riga
We had a very successful 29th QEP session in Riga, Latvia, where we just turned out the number of 500 QEP photographers since the beginning of the system.
July
”L’Eté des portraits”
FEP patronized and attended the European Festival of Portrait Photography, (6th edition) in Bourbon-Lancy, France.
September
PHOTOKINA 2014, Cologne, Germany
With a splendid professional stand, the FEP could  welcome FEP delegates,  meet colleagues and show some remarkable images made by our Master QEPs. We celebrated the FEP Awards Ceremony. Uli Staiger, Germany, winner of the FEP Illustrative Golden Camera 2014, has been nominated the FEP EUROPEAN PROFESSIONAL PHOTOGRAPHER OF THE YEAR 2014, while Yuri Afanasiev, Russia won the COMMERCIAL GOLDEN CAMERA,  Vincenzo Tessarin, Italy the LANDSCAPE GOLDEN CAMERA, Mikhail Panin, Russia, the PORTRAIT GOLDEN CAMERA, Isabel Corthier, Belgium the REPORTAGE GOLDEN CAMERA 2014, Juan Carlos Guardia Vazquez, Spain, the WEDDING GOLDEN CAMERA 2014 and Malou Reedorf, Denmark, the STUDENTS AND YOUNG PHOTOGRAPHERS GOLDEN CAMERA 2014. ANNA RASMUSSEN, student from Prague, Czech Republic has been presented the winner of the FEP Emerging Talent Award (FETA) 2013.  During Photokina  FEP celebrated its annual General Assembly meeting. A new board of directors was elected for the term of 2 years, and the FEP welcomed the New President Andreas Barylli-Fayer. FEP welcomed also a new member: CYPPA, Cyprus Professional Photographers Association! Delegates also approved FEP is to represent both professional photographers and videographers, and a new set of qualifications for moving images will be launched accordingly.
October
FEP European Professional Photographer of the Year Awards 2015 open again
After a complete remaking of the online registrations area  and the judging system, FEP welcomes again the European Professional Photographer of the Year Awards 2015, Among others, it is now possible to enter the competitions with an unlimited number of images! Submissions will remain open up to January, 15th, 2015.  The Awards Ceremony, where all the winners will be announced, will be held in Trieste, Italy, at the Trieste Opera Theater, on Sunday, March 1st , 2015. ENTER THE COMPETITION!
November
Meetings in Portugal and Spain
The FEP attended the celebration of the national congress and qualifications in Portugal and in Spain.
WPC, the second round of submissions closed
On November 15th the second round of submissions for the WPC closed. With 27 national teams entered from 4 continents, the World Photographic Cup, at its second edition, reached a new record number and 23% increase! Finalist images (top ten in each category) will be announced and shown at Imaging USA in Nashville, USA, on Monday February 2nd, and circulated after then. Medalists will be announced at the end of February. Individual winners will be announced and the World Cup will be presented to the winning team in Montpelier, France, on April 12th. Further info on  www.worldphotographiccup.orgNovember-December
QEP-MQEP session, FETA judging, Board meeting and CEO Meeting in Roma, Italy
FEP celebrated in Rome the 30th session, in 15 year time, and it registered an all times record number of submitted panels (54 QEP and 17 MQEP) and of successful candidates (31 new QEPs and 7 new Masters).
FETA Judging: As in 2013, the 2014 winner of the FEP Emerging Talent Award comes from Czech Republic: MAREK TIM, student at the Jan Evangelista Purkyn? University, Usti, Czech Republic.
As for the CEO meeting, it also saw a record attendance of  CEOs, Secretaries and international contacts from 15 countries.
December
FEP reached 5000 followers on Facebook!
Other important issues:
EP sessions
The new basic qualification proved to be very successful in 2014, with 6 sessions and 120 qualified photographers
FEP partners
We have to thank PHOTO FAYER Studio Labor Verkauf  and STELLAR Data Recovery System which were FEP partners in 2014 for the second year. We also welcomed a new partner which joined the FEP at the end of 2013 , KOYLab, and a new partner who joined us at the end of 2014, ChromaLuxe. With the support of our partners we have a chance to provide FEP members with excellent services, especially conceived for a professional market.

NEXT FEP EVENTS (2015)Calendar of events and dates to remember for 2015
January 15, 2015
FEP European Professional Photographer of the Year competition closes.
February 1-3 , 2015  – Nashville,  USA
FEP/WPC AT IMAGING USA – The event is February 1-3, 2015 at the Gaylord Opryland Hotel. The program will include the reception of the WARREN MOTTS INTERNATIONAL SERVICE AWARD, given to the WPC committee members in recognition of their outstanding service in creating friendship and uniting professional photographers worldwide . The event will also host a world premiere announcement of the WPC 2015 finalist images.
February 28  March 2 –  Trieste, Italy
FEP International Photo Days, Presentation of FEP competitions winners and FEP General Assembly 2015
Further information HERE
March 23-25 –  Gmunden, Austria
Gmundner Fototage
April 12-14  – Montpellier, France
Presentation of the winners of the World Photographic Cup 2015 and GNPP Congress
April 30
Dead line for pre-registrations for the QEP/MQEP summer session
June 13-15 – UK
31ST QEP session and FEP Board meeting
October 31
Dead line for pre-registrations for the QEP/MQEP winter session
November 21-23 – Spain
32nd QEP session and FEP Board meeting
MERRY CHRISTMAS AND HAPPY NEW YEAR TO ALL OUR MEMBERS, PARTNERS AND FRIENDS…