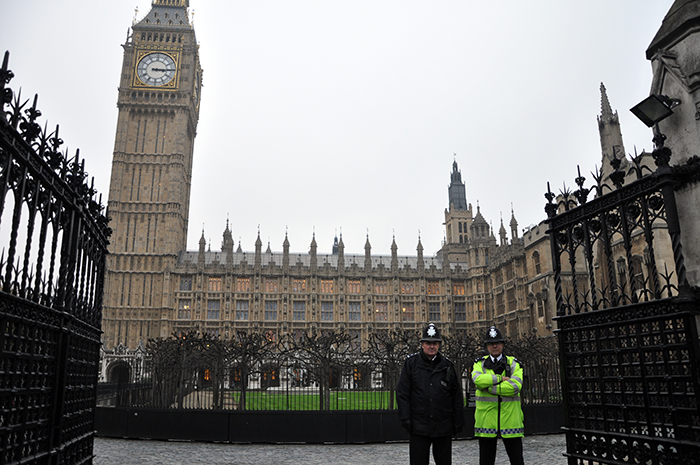 How the ongoing UK Enterprise and Regulatory Reform Act will affect  the commercial exploitation of images?Indeed, the ongoing UK Enterprise and Regulatory Reform Act will affect  the commercial exploitation of images where information about the owner is not readily available ie orphan works. Under the provisions in this ERR Act, it will be legal to exploit a copyrighted  work without the knowledge or permission of its creator. Bear in mind that most social media sites and many online publishers strip out any metadata when an image is uploaded, so the scale of this is going to immensely affect the photographers..  The legislative process. Although the ERR Act it is now approved, it will only have an impact once rules for orphan works and extended collective licensing schemes will be  developed  and approved by Parliament, which will not happen before 2014. The copyright. The regulations will not remove copyright for photographs or any other works subject to copyright, and they will not allow anyone to use a copyrighted work without permission and free of charge. However, tough technically the copyright ownership will still remain, it risks to effectively be worthless under the  following provisions.The provisions. The proposal is that orphaned images, in other words most images online, will be placed into extended collective licensing schemes which will supposedly pay a flat fee to registered creators. A potential user, on finding such orphan then only needs to perform a diligent search to proceed as if they are the owner of that work, with little or no account for the true author and/or the copyright holder. No actual definition of what constitutes a diligent search has yet been made. Anyway, an independent authorising body appointed by the Government will have to verify, and then pay a fair price for the licence.What has been doing in UK. Copyright for orphan works: the BIPP will continue to fight against ERR Act. Alongside with other organisations, our British member association (the BIPP) have been fighting against this for several years and  it has already  able to mitigate the impact of the ACT by getting the removal of some clauses. After all, British citizens and UK based organisations have still the opportunity to have their say on the draft rules in a public consultation. BIPPs copyright rep, Denise Swanson, is due to meet Viscount Younger of Leckie, the Minister for Intellectual Property on June 10th in London to discuss copyright issues. There are still too many unanswered questions and ill-defined details for us to be able to be more specific unfortunately. Hopefully, the meeting on June 10th might shed some light.So there is still time, but this is the last chance to make a Google-friendly Government see sense. For more information, visit http://www.thebipp.blogspot.co.uk/2013/05/the-instagram-act-act-now.htmlThe  concern in the UK  – said Denise Swanson, MA FBIPP, BIPP Copyright advisor -is that copyright owners will lose the right to decide whether or not their work is licensed, by whom and for what purpose. It is that potential loss of control which is causing the most concern and hence fuelling the argument over metadata stripping as if the author were known, they could of course be contacted and issue their own licence should they choose to do so. Orphan Works effectively takes away the right to be identified as the author along with the means of being contacted so that a decision can be made. the other concern is of course a commercial one – if an ECL scheme provides a licence, who decides on the cost and the value of that authors’ work?What can FEP do? We have to collectively fight our cause, backing the efforts made by our British colleagues. Although we asseverated that only British citizens are eligible to sign the petitions  FEP may actively contribute to this cause and ask all member associations to alert about this problem their individual members. Guidelines for writing can be found in:  http://wiki.openrightsgroup.org/wiki/Letter_writing .  FEP also ask all European Photographers to spread the word  blog, use Facebook, Tweet  get as many people as possible to join in the campaign, which is of a global interest, and to let know the others as the question potentially affects everyone.Giuseppe Scozzi, FEP, CEO