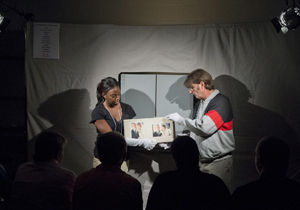 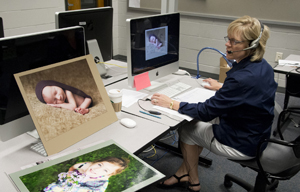 The event was hosted in an impressive Technical College building, hired by the PPA during the summer break and some hundred people are involved. The judging takes place in 6 halls at the same time, plus a room to records the critiques and a control room. The entrants may send up to 4 images (of the same category), but the competition is for single images, which can be both digital files to be watched on high resolution screens, or physical prints. The competition is open to the PPA members, and the aim is to achieve merits from the submitted images. In the case an image merits it is submitted to a second screening, to be possibly inserted in the loan collection, the annual book of the best images of the PPA members. The merit system is the one used by the PPA to qualify the members: while you can get up to 8 merits per years (if you are so good and lucky that all your 4 images passed the double judging) , you need at least 25 merits to become a Master Photographer, 12 from images merits and 13 from different merits, such as publications, giving or attending classes, etc. The Master distinction is reserved to the actual members, and once achieved it must be kept obtaining additional merits along the years. The judges are 6 plus a non-voting Chairman to control the vote and to announce the results. In case of a tie, there is a second vote and in case of a second tie the Chairman has to cast. Each judge may challenge the results (both way, to put the image up or down, and only once per image)and in this case there is a discussion followed by a second vote. The candidates pay an extra fee if they like to receive an extensive critique for one or more of the submitted images. The critiques are get made in a properly equipped room, where the judges may accurately examine the prints (after they have been judged). the signing judge takes notes and after tapes on a video a comment 3 to 5 minutes long to send to the maker. It is also possible for the candidates to watch the judging (though very few spectators are attending)and to schedule anytime an appointment with a judge.

INTERVIEW with the PPA Past President and Chairman of the Photographic Exhibitions Committee (PEC), Mr. Dennis Craft

We are really astonished by the grandeur of your print competition. How many images entered,and how many people are involved in this event?

We had about 5,000 entries, 70% have been submitted digitally, 30% are physical prints. We have 3 categories (social, illustrative including commercial, and open). Plus we have a separate category for mastership in digitalization and an album category. We have about 45 judges, and at least as many helpers including some students, the volunteers and the PPA staff. Finally, we have about 20 candidates registered for the judging class.

In general, and specifically for which categories , the members entries are increasing or diminishing along the years? We mainly have social or illustrative images. In-house photography, press reportage etc. do not belong to our association. The number of submissions is stagnant, but the digital submissions grew. Digital files are accepted since 3 years, and this decision made the submissions number go up again.

What PPA expect from the print competition? Our print competitions are very educational, PPA always attached tangible results and different goals. Certainly the merit system helps growing the standards, all photographers involved want to become better, and we would like to have more members involved and understanding. Mediocrity its not accepted by the market.

You spoke about judging classes. So far we dont have this regulated at an European level. What is requested to be accepted as a judge?Only the Master Photographers may become judges, and they also need additional merits in the print competitions to become a judge and at least 1 merit in the last 2 years to keep the position. Then they have to pass the class, during which they need to demonstrate a good judging attitude. During the class we dont teach the candidate judges what is a good or a bad image. We are teaching the areas we want to be considered, basically the so called 12 elements. We try to teach how to judge objectively an image, with a detail free mentality, and focusing on technical and artistic standards. We teach to never say I like or I dont like , rather  the print has (or lacks) impact, quality, power, emotion

What about differences and similarities between the European and US procedures ? In our judging we basically judge single pictures, while for the QEP you judge panels . However, your QEP has many similarities with our Fellowship program. I know you also have photography competitions, though only digital. So, differences are mainly in procedures, and maybe the standards, but the concept is very similar. We both want the best to be accepted .

Do you think useful to keep constantly in touch in future and to have an interchange relationship between FEP and PPA? Yes I do. We appreciated a lot your judging session, it has been really inspirational. At the same time we like to have international witnesses at our events. We share the same goals, so we need to better know each other and possibly to set up some programs really global together… So, we look forward to meeting you again in Photokina! 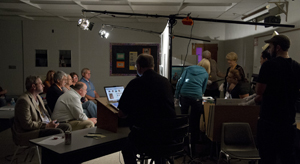 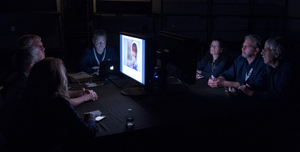