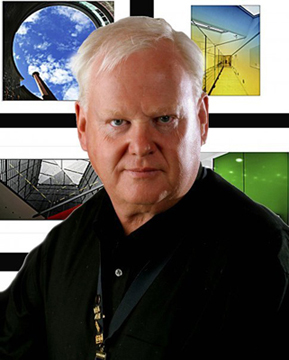 All board members were in attendance. We had also as guests David Trust & Dennis Craft from PPA (Professional Photographers of America), who had witnessed how the FEP judging was carried out. President in office Neil Warner, who will be replaced in September by the President Elect Jorgen Brandt, made his last report, outlining the main issues undertaken and thanking all colleagues which cooperate with him in the 5 years of presidency. This was followed by a round of applauses.

FEP will concentrate on trying to look for a large number of smaller sponsors, to be called FEP friends and FEP partners. FEP has adapted to new technology such as the new website, Facebook etc. to provide constant visibility and new opportunities for sponsors on those media 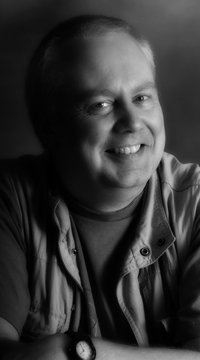 The many changes and updates are including the new photographers listing, new qualification pages and a users forum. Considering the analytics, our site traffic has had a sustained explosion over the last few weeks, reaching up to 5,000 visits. The FEP Facebook page is also very successful, at present this is at about 9,000 visitors per week.

The Video qualification project will be postponed to 2013. Feta. It will start in January with all digital entries. This new award will bring on board new, young photographers, and similarly will help and support the new generation. QEP Guild. It was agreed to progress on that project, on the base of the presentation showed by Malcolm Sales. The purpose is to encourage more of a community spirit and to promote the qualified European photographers. It was especially liked the idea of an eBook of QEP successful panels of the years.

The FEP GA in Photokina will discuss the idea of changing the rules of the annual FEP competition, based on a template open to all professional photographers within Europe, to be ongoing throughout the year with judging at intervals before the culminating winners were announced.

FEP has contacted, through the so called FEP Ambassadors, some new potential members associations and in particular: Luxembourg, Greece, Turkey, Cyprus and Switzerland. Other areas of interest will be the Eastern Europe, where a FEP road show will take place next autumn, starting with Romania and Poland, and also the Scandinavia (Norway and Iceland). All the interested associations will be invited to meet FEP at Photokina.

The FEP will cooperate with the Gmunden Photo Days to celebrate there an international speakers programme. The dates are Sun-Mon April 14th & 15th 2013. Pricing for an International FEP package including: a welcome drink, a typical Austrian dinner on Sunday 14th with live music, 1 night accommodation, 1 breakfast, a light lunch on Monday, 5 speakers presentations between Sunday afternoon and Monday morning with simultaneous translation in German and English and a group photo will be 199 Euro (price available until the end of October) or 229 Euro after this date. In addition for an extra 99 Euro per day delegates can extend their staying, visit the fair and to attend the Austrian awards presentation on Saturday 13th and on Friday 12th the Student awards. Gmunden has an intimate very picturesque ambience. The FEP will set up the speakers programme and present it at Photokina. A combined Austrian-European working committee will drive the project. Further info will follow soon.

– China: The FEP Photographer of the Year award 2011 Exhibition will be exhibited in the national Lishui Photograpy Museum in November. – A FEP/PPA combined committee will work to realize a global photographic competition, based on national teams. Details will be circulated at a later date, and the member associations will be kept informed of progress. A PPA delegation will meet again with FEP in Photokina, and possibly in January 2013 in Atlanta to attend a PPA international symposium. – IPC New York, UN: It was reminded that MQEP Bernd Gassner had received the leadership award from the IPC. Photokina: It was also confirmed that the organising committee of the FETA will cooperate with the IPC for a combined presentation of an international students award in Photokina, whos winner was Tim Hunt from the UK. The award will be presented on the big stage at Photokina on the Thursday September 20th .

The next QEP session might be held in Paris. Jean-Felix Bernetel announced that the French member GNPP were happy to allow the next judging to take place at their establishment in the French capital. Accordingly, it was agreed the CEO to investigate the logistic and economic details, in cooperation with Nikki Huts and then to report to the board, so that a final decision can be made.