At the meeting of the FEP “congress cell” in Paris, October 20th 2009, the idea, the dates and the venue of the Second FEP European Congress of Professional Photographers were approved. Congress cell members Bruno Vetters (B), Adriano Scognamillo (I), Andreas Barilly (A), Belen Caballero (SP) and the GNPP French delegation headed by Jean-Felix Bernetel and Louis Laurent and coordinated by Laurence Visenbaker had an all day long meeting at the Salon Photo in Paris.

They agreed to ask the fellow FEP board members to give their final and formal approval next December 7th, 2009, at the FEP board meeting. So the Second FEP European Congress engine has been switched on.There will be 9 key note speakers, plus 3-4 debates or seminars, plus the presentation of the awards.A trade fair and a large exhibition area will also be organised which will run alongside the congress.At the congress, the FEP will also launch the “FEP European Photographic Books Award”. 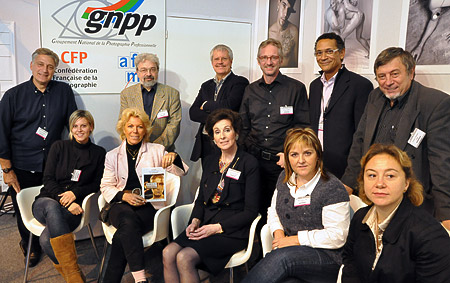 The FEP will offer delegates both specific and inclusive programmes, comprising of social events and tourism opportunities.A simultaneous translation in French and in English will be provided by professional interpreters, while some more languages will be added, at the request of large national delegations.

See a slideshow about the Lyon Convention Centre.A special section of this FEP web site will be set up soon providing multilingual information and on-line registration facilities.

At the FEP board meeting of December 7th, 2009 the official agreement between FEP and GNPP to cooperate on the organisation of the Second FEP European Congress was signed by FEP President Neil Warner, FEP Vice President Belén Caballero and Jean-Félix Bernetel from GNPP. 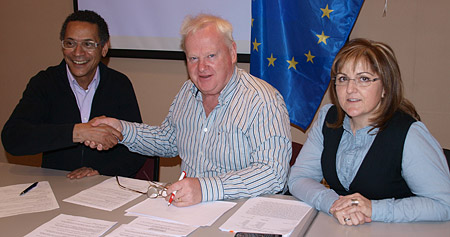